A Man's Unique Journey to Tamazight 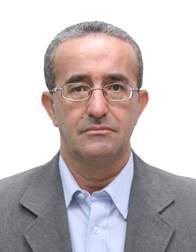 Note: I was amazed by the extraordinary life journey of Habib-Allah Mansouri after watching his interview with Rachid Beguenane on the Internet TV TQ5 out of Canada. I wanted to find out more about his interest in Tamazight, his publications, and his ideas for promoting the Amazigh language, culture, and history.
Before that interview, I had never heard of him. I was curious about his journey to Tamazight.  Thus, I contacted him and spent close to an hour talking about his journey and his achievements.

Habib-Allah—against all odds—learned Tamazight as an adult, taught it, and continues to write about it. Born in Oran in 1968, Habib-Allah grew up in a home where only Arabic was spoken although his mother and father—Kabyles from the village of Tawermit near Djaffra and Adrad N Sidi Yidir in the Bordj Bou Arreridj region, respectively—did not speak Kabyle at home. It was at the age of 14 that his father moved to that main western city of Algeria where his mother joined him when they got married.
After graduating from high school in Oran, he attended the university of the same city and majored in history. There, he joined other Kabyle students and met promoters of the Amazigh language such as Kamal Naït-Zerrad who was then a professor of electrical engineering in Oran. As a result, he became interested in his mother tongue which he never learned as a child. He became a founding member of the cultural association Numidya, which promoted the Amazigh language and culture in Oran. Habib-Allah explained that the revival of Algerians’ interest in their Amazigh identity had been triggered by the Berber Cultural Movement (MCB) organization in the 1980s.
It was only at the age of twenty-four that he started to learn Tamazight. In 1992, he moved to Tizi-Ouzou to attend graduate school and obtained a Master of Arts degree in Amazigh Language and Civilization. In 1995, he became one of the first teachers of Tamazight and taught it at the Amirouche high school in Tizi-Ouzou for two years. He also taught Tamazight at different junior and high schools from 1997 until 2009, at which point he became one of five school evaluators of Tamazight in Tizi-Ouzou.
Habib-Allah’s intense interest in Tamazight and his thinking outside the box have led him on an incredible life journey. He realized that, unlike the post-independence generation of Algerians who read mostly French, the new generation mostly reads Arabic after the country’s language policy which replaced French with Arabic in primary and secondary schools in the early 1980s. Consequently, he foresaw the need to reach the younger generations and educate them about Amazigh language and culture by translating several books about their Amazigh heritage from French into Arabic. In 2002, he translated Salem Chaker’s book Berbères aujourd’hui (Imazighen Ass-a). He pointed out that he was able to reach not only Arabophone but also Amazighophone Algerians. In fact, his book was well received and even attracted the attention of readers in the Aures and M’zab regions of Algeria where Tamazight is also spoken.
Interestingly, Habib-Allah wanted the new generation to learn about the history of Algeria and understand the existing ambiguous compromise in language and cultural issues. He knew that the young generation would not find many references in Arabic that write positively about Tamazight. Indeed, some Algerian authors such as Othmane Saadi and Ahmed Ben Naamane, just to name a few, publish works that actively undermine the Amazigh language and culture and impede their promotion.
Habib-Allah believes that there is much to be done to connect and educate the North African younger generation about their Amazigh heritage. For instance, he mentions that in Morocco, Ahmad Assid, a professor of philosophy, has written extensively about Tamazight in Arabic. In his interview with TQ5, Habib-Allah says, “We cannot allow the new generations to be taught lies about our language and culture.”  He further indicated that even in Tizi-Ouzou, where the French-language newspaper Liberté, discontinued on April 7, 2022, and El-Watan used to be the most widely read newspapers, the Arabic-language newspaper Achourouk has now surpassed both of them in readership.
Habib-Allah has also translated Akli Haddadou’s book Introduction à la littérature berbère into Arabic. More than ten years after finishing this translation, he finally submitted it in 2021 to a book contest held by the Algerian High Council of Arabic Language. To his surprise, he was awarded the first prize in the translation category. He indicated that the council accepted his book and did not object to the use of Latin character transcription of the Amazigh words in the book. He stated in the same interview that “They [The council members] were professional and did not show any animosity to Tamazight. They behaved as academics.”
Habib-Allah underscored that many authors across Algeria write in the shadows. Because of the lack of book promotion, publication, and low readership, many manuscripts remain unpublished. Nevertheless, the High Commission for Amazighity (HCA) has helped publish and promoted many books every year. This initiative ignited a noticeable increase in literary production in Tamazight.
After retirement, Habib-Allah plans to continue writing. He is currently focused on a glossary in Tamazight (Amawal) instead of a dictionary (Asegzamal), which would include the etymology of words. Another current project he is working on is translating Ibn Khaldoun’s Kitāb al-ʻIbar wa-Dīwān al-Mubtadaʼ wa-l-Khabar fī Taʼrīkh al-ʻArab wa-l-Barbar wa-Man ʻĀṣarahum min Dhawī ash-Shaʼn al-Akbār (Book of Lessons, Record of Beginnings and Events in the History of the Arabs and the Berbers and Their Powerful Contemporaries) from Arabic into Tamazight.
During the interview, Habib-Allah raised the important question of the use of true modern word cognates as opposed to inventing them in Tamazight, arguing that these are already in use by the general public. For example, he points out “Why do we need Tilizri when everyone uses the word television? Many languages, including Arabic, use these same cognates.”
At the end of his interview, Habib-Allah spoke highly of Mouloud Mammeri, the pioneer responsible for the anthropological revival of Tamazight, who wrote and published about Tamazight when it was a controversial subject. “Mouloud Mammeri was a visionary. All we can do is continue to enrich Tamazight,” Habib-Allah said.

Note: It was such a pleasure talking to Habib-Allah, who amazed me not only by his published work but also by his strong and deep love of the Amazigh culture and language, and his perseverance to educate and teach them to the young generation of North Africans. A list of his published and unpublished work follows.